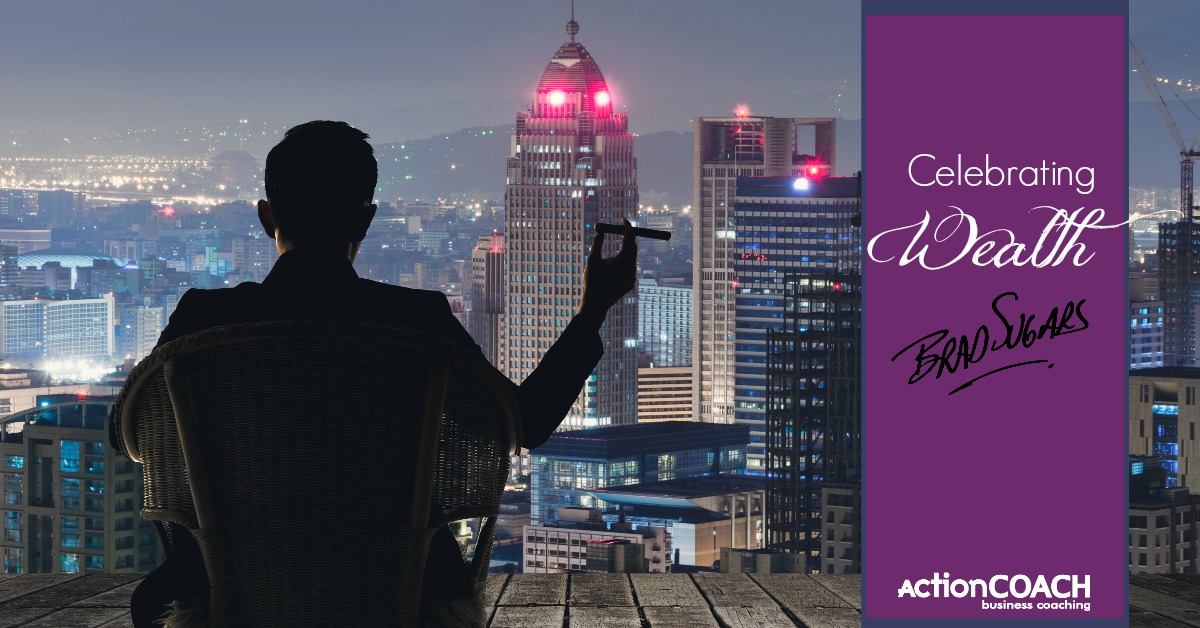 If you hear of an individual who is described as wealthy, what comes to mind? Do you think of somebody who owns lots of expensive vehicles and homes? Does that person live a care-free lifestyle? Do you see them as honest, or as shady and unscrupulous? All of these stereotypes carry a little truth to them, but it is an unfortunate fact that a lot of people see wealth as a negative. Not in the sense of actually being wealthy, but what it takes to become wealthy.

Do you want to look wealthy, be wealthy – or both?

It’s not uncommon to hear people state that a person who is wealthy only got to where they are by undercutting everybody around them and/or inheriting a lot of money or privilege. Worse, some people act as though the accumulation of wealth itself is immoral or wrong. While it is the case that a few people did indeed get to be wealthy this way, most people got to where they are by engaging in a lifetime of wealth-building activities that anybody can participate in. While you won’t start out by buying and selling expensive properties or opening franchises, the small steps you take in the beginning of your journey can make a tremendous difference later down the road.

Building wealth is an active journey that lasts for a lifetime. You never stop learning new ways to leverage your knowledge and assets to build your wealth further. Ultimately, accumulating wealth will allow you and the people you care about to live comfortably and pursue their own dreams free of financial constraints. Building wealth isn’t just about being rich – it is about being able to live life on your own terms, free of financial strain and a dependence upon the goodwill of employers. Remember – being rich is not the same as being wealthy. Rich people have lots of money, but they don’t possess the assets or lifestyle choices to keep it. Take away their cash, and they are broke. Lottery winners are a perfect example of this – they suddenly come into a lot of money, and within a few years many of them wind up broke again.

People who build wealth do so for a variety of reasons: some want to live a luxurious lifestyle, others wish to escape poverty, others still want to pursue their passions without worrying about finances, or perhaps they just want a better life for their children. All of these are valid reasons for doing so. None of these people are simply greedy or unscrupulous; they have laid out a goal for themselves, and they work as hard as it takes to get to where they want to be. Whether your reasons are positive (working towards something) or negative (trying to escape something), building wealth doesn’t take magic or special knowledge.

If you wish to become wealthy yourself, it helps to first understand why wealthy people are the way they are. Wealthy people look at time and money differently than the rest of us. Bradley Sugars has spoken at length at the difference between passive income and active income. Active income requires you to input time in order to receive something. Think of a traditional job – you give your time and labor, and you receive money in return. This is great, except when you need money but don’t have any more hours to give. Passive income generates money regardless of what you put into it. You only have to invest your time once – writing a book, composing songs, buying stocks and property – these continue to generate money long after your initial investment of time and money.

A second key difference is in the assets that wealthy people own. Bear in mind, what we traditionally consider to be “assets” may in fact be liabilities. Think about your home – it’s an asset, until it loses 50% of its value. Now you’ve lost a substantial portion of your life savings on it, and you still have to pour even more money into its upkeep. It actively detracts from your wealth and time. Assets will give to you, while liabilities will take. Wealthy people are very selective in the kinds of things they choose to invest in, and so too should you be.

This article merely scratches the surface of what it means to build wealth. Being wealthy is as much a state of mind as it is a state of finance, and we’ll have a whole host of additional content and resources that will guide you in the right direction to building wealth.